The Jackson Foundation, a subsidiary of Jackson Educational Complex (JEC)..

The Jackson Foundation, a subsidiary of Jackson Educational Complex (JEC) has offered a scholarship package to 37 students of the school in recognition of their academic excellence and commitment to teaching in rural communities.

The scholarship scheme which seeks to bring the best out of students studying at JEC was launched last year during which 15 students were awarded.

Prof. Daniel Ohene-Adu, a lecturer at the Kwame Nkrumah University of Science and Technology (KNUST) who chaired this year’s ceremony applauded the Foundation for the initiative which he said could define the future of the awardees.

He said a few students may have received the awards, but the gesture would eventually benefit hundreds of pupils if not thousands, should the awardees justify the investment made in them by progressing far in their teaching careers.

He, therefore, counselled the awardees not to take the opportunity offered them for granted and work hard to broaden their knowledge.

Prof. Ebenezer Jackson, Director of JEC and co-founder of the Foundation indicated that the inability of some students to pay their fees due to their poor financial background informed the setting up of the Foundation.

He recounted how some students had to abandon their courses despite their impeccable academic record.

The scholarship, he noted, were given to deserving students to encourage others to work hard, adding that the foundation would continue to recognize excellence and hard work.

Mrs Theodosia Jackson, Principal of JEC, said the core vision of the school was to provide equal opportunities to pupils in deprived communities by training more teachers willing to teach in such communities.

This, she noted, was to bridge the gap between children in such communities and their counterparts in the urban areas since they all sat for the same papers during the Basic Education Certificate Examination (BECE). 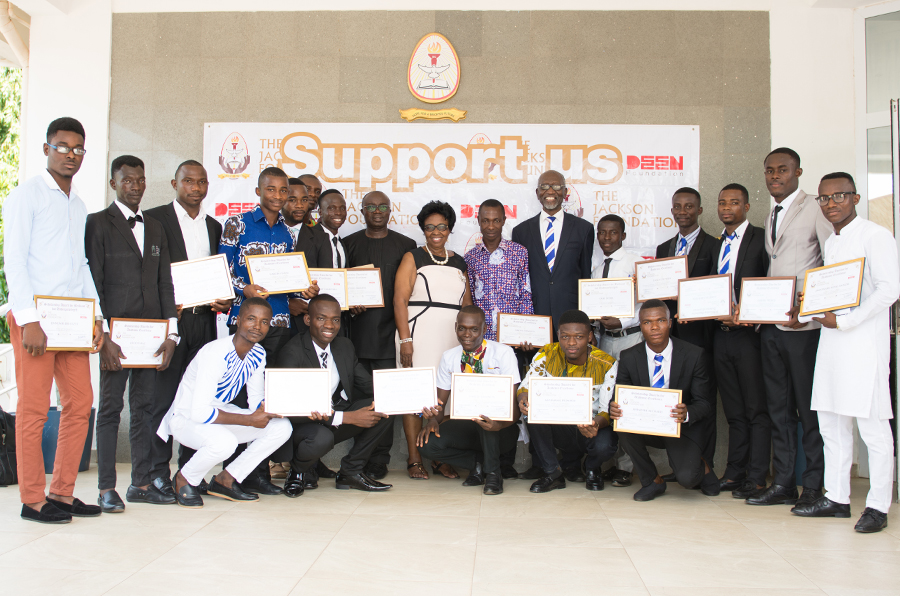