Jackson College of Education has built modern washrooms for the..

Jackson College of Education has built modern washrooms for the Kumasi Central Female Prison to improve hygiene in the facility for both inmates and officers.

It is the second time the College has provided a place of convenience for the facility after a similar gesture in the male section some few years ago.

The College which has over the years supported various prisons in the Ashanti Region handed over the project to authorities of the prison at a brief ceremony in Kumasi.

The Principal of the College, Mrs Theodosia Jackson, said both inmates and officers deserved quality washrooms and other facilities that guarantee their comfort just like any other citizen.

She said resourcing the prison officers would certainly translate into proper care for the inmates which is in the best interest of all Ghanaians.

“Taking good care of the inmates forms part of the reformation process so if we leave them to their fate while in prison, they will come out more hardened and dangerous to society”, she observed.

She noted that “it is our responsibility as a people to show them love and compassion because they are part of the society”.

She called on other corporate bodies, benevolent and public-spirited organisations to support prisons across the country to improve their conditions.

“Let us commit some of our resources into supporting the vulnerable instead of unproductive ventures such as beauty pageants and other frivolous activities”, she advised.

Assistant Director of Prison, (ADP) Christiana Asiedu, said the new facility would significantly improve hygiene in the prison as the existing one was inadequate.

She praised Jackson College of Education for their continued support and urged other philanthropists to emulate them.

DON’T DOWNPLAY SACRIFICES OF YOUR PARENTS BECAUSE OF FREE SHS – MRS. JACKSON 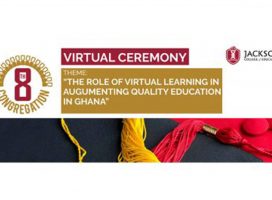 29th September 2020 The Jackson College of Education (JCE), has held its 8th Congregation during which 1,027 students were graduated after successfully going…

16th September 2020 The Deputy South African High Commissioner to Ghana has hailed the strong bond of friendship between Ghana and South Africa.… 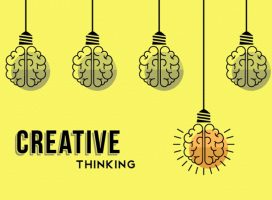 27th August 2020 Mrs Theodosia Jackson has advocated for the development of a curriculum that enhances creative thinking and innovation. The Principal of… 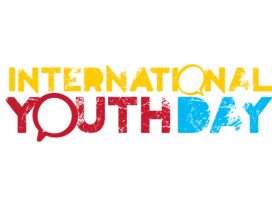 INTERNATIONAL YOUTH DAY: THE YOUTH TOLD TO BE PRODUCTIVE