Methodist Girls’ High School at Mamfe Akuapem in the Eastern..

Methodist Girls’ High School at Mamfe Akuapem in the Eastern Region has been congratulated for winning the 2019 World ROBOFEST Competition held in Michigan in the United States of America.

The Pro-Director of Jackson College of Education, Mr Daniel Jackson applauded the team for their sterling performance on the international stage. This, he said has made Ghana proud.

Mr Jackson noted that Jackson College of Education is committed to developing and inspiring the youth of Ghana to make huge strides relative to their application of scientific knowledge that evolves new technology. He added that the achievement of Methodist Girls’ SHS needs to be emulated by other schools in Ghana. The future is Artificial Intelligence (AI) Augmented Reality (AR) and so on which all have robotics as the foundation.

It’s estimated that more than 20,000 teams from almost 60 countries participated in this year’s Robot Olympiad organized annually for youngsters from all over the world.

The 20th edition of the robotic driven approach in solving tasks, saw the school from Ghana winning the ultimate game competition.

The task given comprised building a robot to arrange boxes according to a Binary Number Given. This Binary Number is unveiled when all robots are impounded.

Mr Daniel Jackson commended the instructors for their hard work and commitment to generating a positive image for Ghana’s education.

He urged young people to be innovative to solve problems confronting our society.

Mr Daniel Jackson encouraged the youth to develop an interest in the study of science.

He observed as compared to the Arts, Humanities and Business disciplines, the percentage of the Ghanaian adolescents and youth interested to pursue a career in the Sciences and students studying the Sciences was the fewest.
“Only a few individuals are interested in venturing the area of Science because of the notion that it is a difficult area. It is not difficult at all, you can pursue different professions in science”, he stated.

MEGHIS had earlier triumphed from the preliminary contests held in Ghana among all the top senior high schools. 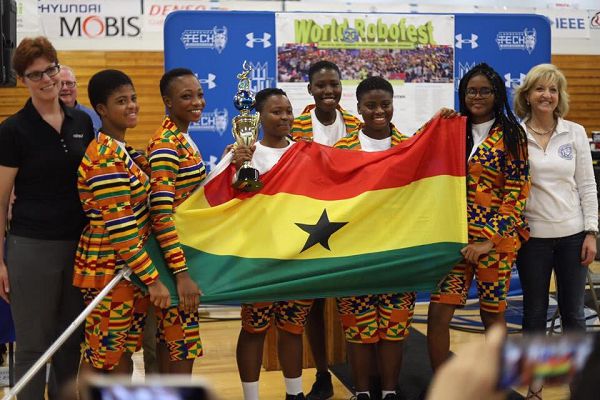 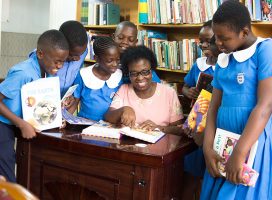 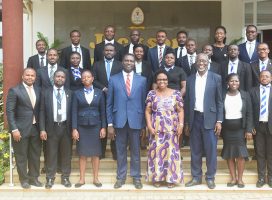 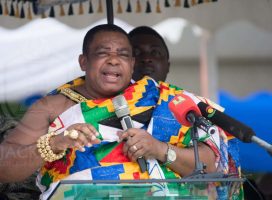